In 1989, constructed with rainbow faux-leather strips, bordered in pink and finished off with Florida! in white script, my first wallet easily caught my first-grader eyes. It carried no more than a few dollars, my Farmer’s First Bank savings account number and occasionally a soon-to-be-spent Walden’s bookstore gift certificate. That wallet kept my money safe and taught me spending awareness.

As needs changed, so did my wallet. Now I use a yellow leather, three-pocket card holder. I hate fumbling around with cash and I hate toting around lots of stuff. Usually all I want to carry is my health insurance card, my credit card and my state ID. Sometimes I do need cash on hand, so I stuff a few bills into my slim holder. Currently, the US Treasury doesn’t use tactile elements to differentiate between $1’s, $5’s, $20’s, etc., but with the remaining vision in my right eye, I can tell which old, dead white guy’s portrait stares at me. Currency apps can tell you the bill you’re holding, too and I would certainly use them if my vision loss increased.

In 2020, the US $10 note will shake things up. Many of you may have heard the next denomination up for redesign is the ten. Not only has the treasury announced it will be putting a woman’s portrait on the bills in some capacity–get lost, Hamilton!–it will be incorporating tactile elements in a nod towards democracy. Accessible American currency is long, long overdue. 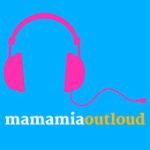 The final decision for the new portrait will be made by the Treasury Secretary. While Americans debate who to feature on the $10 (Tubman? Anthony? Parks?), other countries manage currency changes, too. The one I’m most interested in is all about putting Fred on the fiver. I heard about the petition from a favorite podcast, Mamamia’s OutLoud.

Fred? Who’s Fred? Well, he was an Australian doctor and the campaign to get him on the $5 note is heating up. Why, as an America, do I care about Australian dollars? First of all, their money is more accessible to the blind. Each kind of banknote, $1, $5, $20, etc., is a different size which allows people with visual impairments to independently figure out the one they hold. Right right, that’s fine. What’s the fiver deal?

Well. Dr. Fred Hollows made an impact on many Australians and millions of other people worldwide. He and his team spent years tackling trachoma, an infectious disease that causes blindness, as well as cataracts, diabetic retinopathy and other eye health issues. His legacy, The Fred Hollows Foundation, continues to help those in need of vision care services worldwide. When he raised money for his charity, he used the popular line, “Give me a fiver and I’ll restore someone’s sight.” It resonated with Australians in the past and according to the Daily Telegraph, it’s still relevant today and many people wish to honor his social activism with the next denominational update.

My yellow wallet doesn’t contain any Australian $5’s or any American $10’s. One day, it might. I want all of the bills of the near future to feel different and look different, too. I bet you have ideas as well. Make your opinion heard with the #TheNewTen and sign the online petition, Put Fred on the Fiver. Change is accessible.

Who do you think should be featured on the US $10 in 2020? Did you know who Fred Hollows was before today? Will you be making your opinion count? What would you change about your currency? Tell me about it.